It just rolls off the tongue doesn't it?

What is this thing?

How does it help? What are its limitations?

Papers differ in white point. In fact, it's a never ending source of frustration for those in the color standards world. It seems that no sooner do they release a shiny new set of color numbers than the paper they were based upon is discontinued. Just try to buy press paper that's the exact same color as the white in GRACoL 2006. No? Too old? OK, try to buy paper that matches GRACoL 2013's (CRPC6) white point. Oh yeah - also, try to find proofing paper that matches the press paper and the color standard. Oy!

Even if you find press paper that matches, your customer might say they like the coating, or feel, or thickness, or price of another paper that is similar enough for them.

"Not at that white point," you could say. However, being difficult rarely wins customers' hearts. What they need is a way to fairly judge your printed color when using their paper choice.

SCCA nudges the white point of the color aim to match your paper's white point. It's a 3D fudge factor to help out in the conformance department. The calculated color difference (delta-E) between your paper and your color aim becomes 0, and you're finally being judged by the merits of your printing, rather than the customer's choice of paper.

Of course, as this is the world of color, after all.

SCCA's scaling does a remarkably good job of matching up substrate values. In the process, all colors in the converted set are shifted relative to the new white. Imagine a tent pole tilting and shortening / lengthening (darker / lighter) as required to get the tip of the pole in the desired position. The entire tent leans over with the bottom of the pole as the pivot point (more on that below). 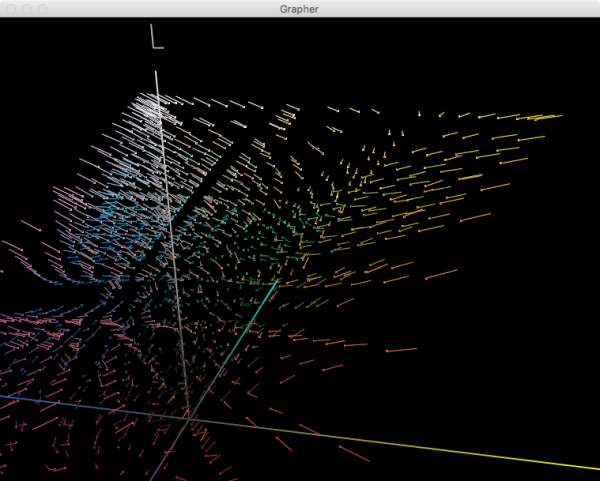 Don't forget that the edges of the diamond-shaped tent (the printing gamut) also tilt. Let's say our tent shifts over toward the blues. If you can imagine the entire tent leaning toward blue, you can see that the cyan edge dips down while the magenta edge lifts up. "Wait!" you say, "Does this mean that the Lab color values of the 100% cyan and 100% magenta patches of my color aim change?".

"Hang on, you're telling me that with SCCA the GRACoL 2013 Lab color aim values that we shoot for in proofing and in production change?"

This is why it's recommended that you only use SCCA when the white point of your measurements differs from your color aim by a reasonably small amount (somewhere less than 3-4 dE2000).

Indeed, it does. In fact, it's the same mathematical transformation which is documented in the appendix of the ICC specification, and which is used when preparing color measurements for the calculation of ICC profiles. I called SCCA "relative-colorimetric delta-E" before the term SCCA came to the fore. 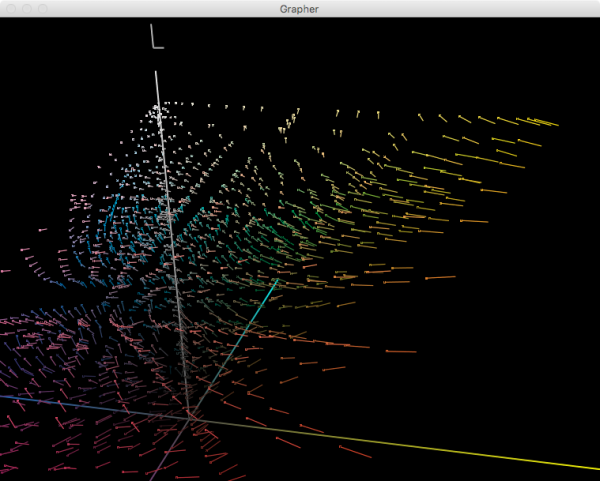 I've heard a couple different stories about where the phrase SCCA originated, but the one I believe is about measurement backing. In the color management world, measurements for building ICC profiles are usually taken over white backing. The press sheet is either placed on a pile of blank sheets or placed on a white measurement table. In production, especially with double-sided printing, a black backing is often used to minimize the effect of print on the back side.

But what do you do with black-backing measurements when you want to create an ICC profile? You can use them, but the white point tends to be darker than desired, and this will show up in proofing when simulating that white on your proofing system. So, a relatively simple calculation is performed to shift the white point from its darker level up to the measurement value seen when the paper was media or white backed.

This method is simple, relatively straightforward, and saves time and effort.

Calculating SCCA is pretty straight-forward. As you may recall, spectral measurements are converted to XYZ values, which are then converted to the Lab values we use for delta-E calculations, graphing, and impressing friends at cocktail parties. If you're handed Lab color values, such as GRACoL 2013, they can be converted back to XYZ, if needed. The SCCA calculation works in XYZ space.

With SCCA, the color aim's white point is moved to your paper's white point, not the other way around. Does it make much difference? Not really, but it does leave your measured colors alone so the reporting of the colors (density, Lab values, etc.) can all be unchanged.

Although SCCA's calculations aren't too complicated, you're likely to perform them in a color management tool of some sort.

CHROMiX's Curve4 can use SCCA when evaluating color for G7 Targeted and ColorSpace certification in the Verify and Calibrate tools. Its new Blend tool also includes a white point mapping function that allows the shifting of measurement white points to any aim value you like.

Maxwell will also soon support SCCA (coming in April 2018). SCCA can be enabled for any metric, allowing some metrics to use SCCA and others to keep an eye on your substrate color. So, you can judge your color's conformance to GRACoL or FOGRA numbers while ensuring that the paper used in the process doesn't shift along the way.

How does SCCA affect G7?

When it comes to G7 Grayscale, SCCA doesn't have an effect. G7 calibration has always been a media-relative process. The G7 idealized curves are scaled to your paper's white point and your printing process's black point. Then all curve calculations are built for your paper. I guess you could say that G7 has SCCA under the hood.

Now that Idealliance has added G7 Targeted and G7 ColorSpace to its certification levels (adding paper / solids and full IT8 patch sets to the testing, respectively), SCCA definitely plays a role. So in G7 conformance tools like Curve4 Verify, SCCA is an available option, but only affects the calculations and pass/fail grading of Targeted and ColorSpace, not Grayscale.

Am I compliant when using SCCA?

That is a good question. G7 Master certification allows for SCCA color matching but changes the certification level to "Relative".

Other conformance programs may or may not allow for SCCA. If you submit measurements to obtain some type of certification, you will want to confirm that the agency allows the use of SCCA, and ensure you notify them that SCCA was used to verify the measurements in your submission. Otherwise, they'll likely do absolute comparisons, and your submission may fail.

So, beware. As with many things in life, communication plays a big role.

What about spot & brand colors?

Another good question. In many cases, testing of spot colors is NOT done in a media-relative way, so SCCA does not apply.

If you want to use SCCA, remember that a media white measurement is required for both the color aim set of patches as well as the sample set.

SCCA is a powerful tool to help adjust your systems to evaluate your printing fairly when doing conformance testing. It pays to use it carefully, and not expect miracles when your media white differs significantly from your color aim.